Has your child been diagnosed with Autism Spectrum Disorder (ASD)? You are not alone. Autism is a condition that effects 1 in 88 children according to estimates from the Centers for Disease Control.

While we are, as individuals, as different as snowflakes, we also have some pretty big similarities….our brains.  We have discovered a great deal about how the brain functions and it’s “Neuroplastic” abilities to change and remodel its structure and pathways to create better (or worse) brain function.  We have learned that our brain waves can become “off-track” resulting in unwanted states or behaviors.  We have also learned that there is a way to get these brain waves back “on-track” so the brain can perform and function at its very best. Neurofeedback teaches self-regulation. Once the client has learned, the individual tends not to forget (we don’t usually forget how to ride a bike once that skill has been well learned). Unlike medication, neurofeedback has no side effects.

Neurofeedback has been able to help with the following ASD symptoms: 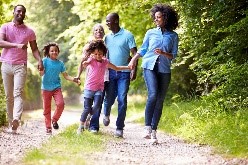